What's on your mind?

This is the place to talk about your favorite topic, to share news, theories, ideas, and to connect with others. The content from your Forum has been converted to Discussions posts, so nothing has been lost.

To learn more about what you can do here, check out community.wikia.com/wiki/Help:Discussions

If you're an admin on this community, read more about how you can customize your Discussions and set up guidelines for contributors: community.wikia.com/wiki/Help:Admin_and_Moderator_Tools_in_Discussions

haha. Joyce and Joe. Weird ship. Seems like Joyce is going to teach misogynistic asshole Joe how love, real relationship love, can be rewarding and hopefully Joe can convince the Joyce of the wonders of casual sex. Love where this plot line is going.

Third time I'm typing this, since wikia seems to be broken?

Nothing much going on in this panel. none of the plot lines I'm interested in are pushed forward and there isn't much character development going on. Becky's weird scalp fetish is getting questionable at this point.

As promised, I'm back! I've swallowed my pride and reconciled with the subreddit and even coaxed them into some real discussion! I will still be doing these though because I enjoy them. I've always wanted to have a blog or something that I've obligated myself to update regularly.

Mary being the Monster strawman again. I guess not everyone can be as good a writer as George R. R. Martin. I hate Mary. I hate her character construction is just "Monster".

I don't think people are really this mustache-twirlingly horrible irl. Even if they are, they keep it a secret because nobody likes to be hated like Mary loves to be hated. aarughhhhsdfoljketfhio wnv enough. enough of this.

illegally skipping calculus notes in order to post this, but:

Aww, Becky definitely deserves a girlfriend she likes to cuddle with. Adorable. Take care of her Dina. Walky, trust me, Joyce is so good at math she can fly a jetpack. Go talk to her.

really busy this week, and next week... gonna be really busy until about November 1st. So no updates if anyone was following them.

I recently gave up the monobook skin because though it is pretty and way more functional (navigation wise), the editor is garbage and there seems to be no way to import js or css or even a plugin that would fix it. Back to oasis for me I guess. Either that or copy/pasting from Sublime 3 all the time.

Yeah that's not going to work Amazi-Girl. You're gonna have to empathize to solve this problem.

You go Dorothy, give Amber some closure!

Amber don't be like this, everyone wants you to be better to yourself.

When I block all the ads, the site loads like a hundred times faster and my adblock tells me there are 167 trackers and 3 that are slowing down the page significantly and one that is collecting my data.

ima leave it off tho. Whitelisted this site because I don't have the Patreon Indulgence in my budget and I feel bad about it every day when I load up the site.

Kinda sad when you don't even know who you are anymore, or how to act like yourself. Be yourself means nothing if you don't know thyself dammit. I assume she actually likes tumblr? or does she only do that because she thinks that's what Amber likes?

nice to see Amber getting some closure there. Not all the way tho, she and Sal still have to really talk. This therapy session is not finished.

I guess we will never know his friend's name because he had no tag.

im stupid, its not new, lemme double check if it's already uploaded though. 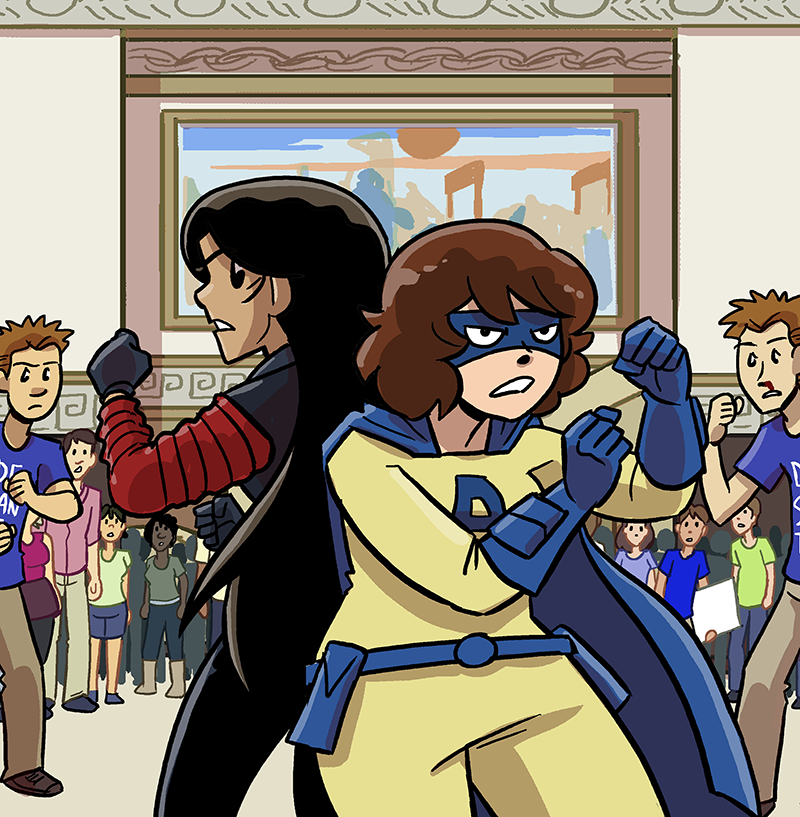 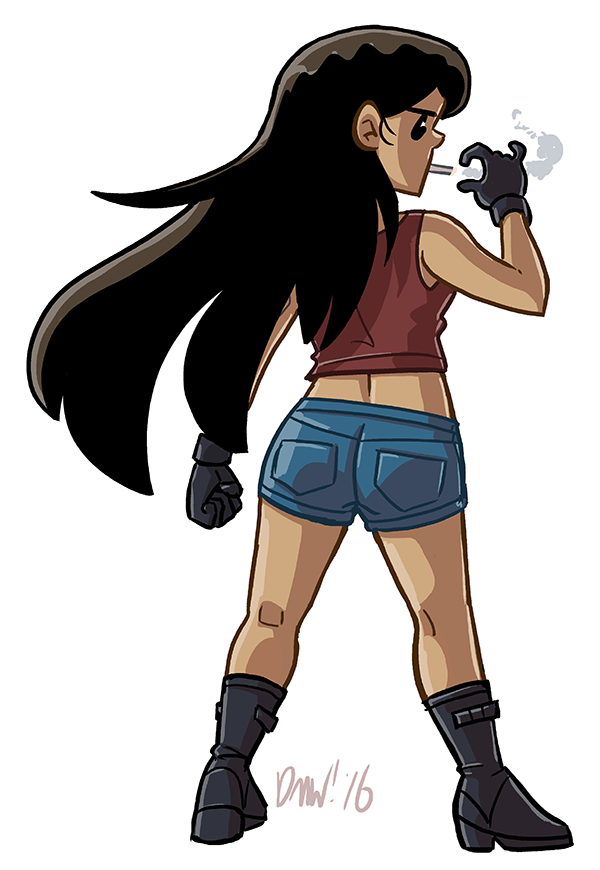 woo, I fell behind in these again.

Yayyy.... Also this leaves more unanswered questions. Why the hell was Ryan able to get in? How will Amber handle this? Who to report to? Back to Billie and Ruth next I bet.

This might be a bad idea, but discuss the strips on that pay website where the people have sex with each other.

It was a strip for 10 years and gave its creator some notoriety. If anyone wants to talk about it, then you can do that here.

Strips are being posted to ItsWalky.com every day, and this is a place to talk about them and all non-Shortpacked! Walkyverse material.

As a wiki admin, I don't intend on proactively policing the forum. I will respond to any wall postings sent to me, but when I took on the admin role, I didn't expect to be a moderator of a forum.

What? No name of his friend? or... not yet? I hope? No tag for him tho, so it looks like he's just a throwaway.

Also, is it even possible to make retractable rollerblades into your boots?? If so, who made it for her? And how thick would her boots need to be to make it work? how did she trigger it? Is she a mechanical engineer as well as a software nerd? wtf in general. This raises so many questions.

Is he a hacker? Can't Dorothy just retrieve the picture from the text Amber sent to her? Who was he talking to? Who is Ryan's friend and why did they come over to save him? Is Joyce's 3rd brother finally going to show up?(long stretch, but I miss that plot line and really hope it'll come back so we can have some answers) Can Sal and Amazi-girl beat them?!!

So exciting! Even better since I know nobody will die!

I missed yesterday! working on a program and got frustrated by bugs and forgot to check in on the comic.

That kick is awesome. I've seen some angry people on the internet complain that this comic is unrealistic because Amber has such a huge ass and cannot possibly be so physically strong, but what the hell guys, she's freaking awesome. Also, being a vigilante superhero every night for years has got to be fantabulous exercise.

I have no sympathy for Ryan and that's okay. Attempting to drug someone and rape innocent, badly socialized girls cross the line for me. (Brock Turner I will hate you and your rich and entitled family forever, you are the reason I'm afraid to go outside) For others, its transphobia and being super petty I guess.

So I guess what I'm trying to say is I've figured out that I don't hate Mary's characterization because she's not sympathetic, it's because transphobia does't bother me as much as rape? That's.... that's really shitty of me. Transphobia is at least as serious as raping and drugging. I have to think this over.