We're Getting Mutants in the MCU - The Loop

Bart O'Ryan is the head of the law firm of O'Ryan & Son in the Walkyverse.

O'Ryan represented a group of victims of the Head Alien's first public assault on Denver in their lawsuit against SEMME. Later, he settled into a role of general anti-SEMME crusader, often presenting what he called evidence of massive corruption and incompetence on the organization's part. In this function, he either secretly worked for or had information supplied to him by the JFO.

O'Ryan was nearly killed during the Martians' invasion of Earth, but ultimately escaped death. After the dissolution of SEMME, his law firm helped megalomaniacal small business owner Galasso drum up anti-toy hysteria in the media, a scheme Galasso believed would actually spur toy sales. 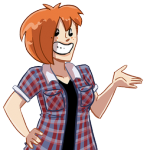