David "Damn You" Willis is an infamous webcartoonist and internet pornlord.[2] His creations include Roomies!, It's Walky!, Shortpacked!, and Dumbing of Age. In other words, he's the reason this Wiki even exists.

In addition to writing and drawing all of the Walkyverse and Dumbiverse comics, he has also appeared as a self-insert character in several of his strips.

David first showed up as Alex's roommate in Roomies! Danny and Sal talked to him while hiding from a rampaging Joyce. It was his birthday, and he was very lonely and wanted a girlfriend. Not-so coincidentally, this strip happened to run on David Willis's actual and equally lonely birthday, and happened to be printed on his real-life birthday cake. Abed would be shitting bricks at the sheer meta-ness of it all.

He later appeared in his actual role as the strip's creator during Roomies!'s brief foray into fourth wall-busting commentary, and showed up as an attendee at the infamous comic convention where Howard sexually assaulted Kate Mulgrew.

His final "in-character" appearance was at Botcon the following summer, where he hung out with his fellow Transformers nerds. He'd apparently gotten himself a girlfriend by then, who caused a brief hiatus when she came to visit him later in the year.

By the time It's Walky had rolled around, David had been recruited by SEMME, and served as an agent in an unknown Squadron. He was occasionally seen around SEMME HQ, and managed to survive the final battle with the Martians.

After SEMME was shut down, David was seen at the Shortpacked! store on several occasions. During this time, he became embroiled in a series of Transformers Wiki edit wars with Ethan Siegal, a conflict which ended with them wrestling half-naked in a vat of pudding.

The store also hosted his pirate-themed marriage proposal, giving Ethan a chance to run off and revert all of his edits while his nemesis was otherwise occupied.

While he hasn't been seen in the strip to date, David Willis has mentioned on tumblr that his fictional counterpart is the reclusive creator of both Dexter & Monkey Master and Ultra Car. Thanks to the success of his comics, he currently lives in a cliffside mansion with a lawn made of solid gold. 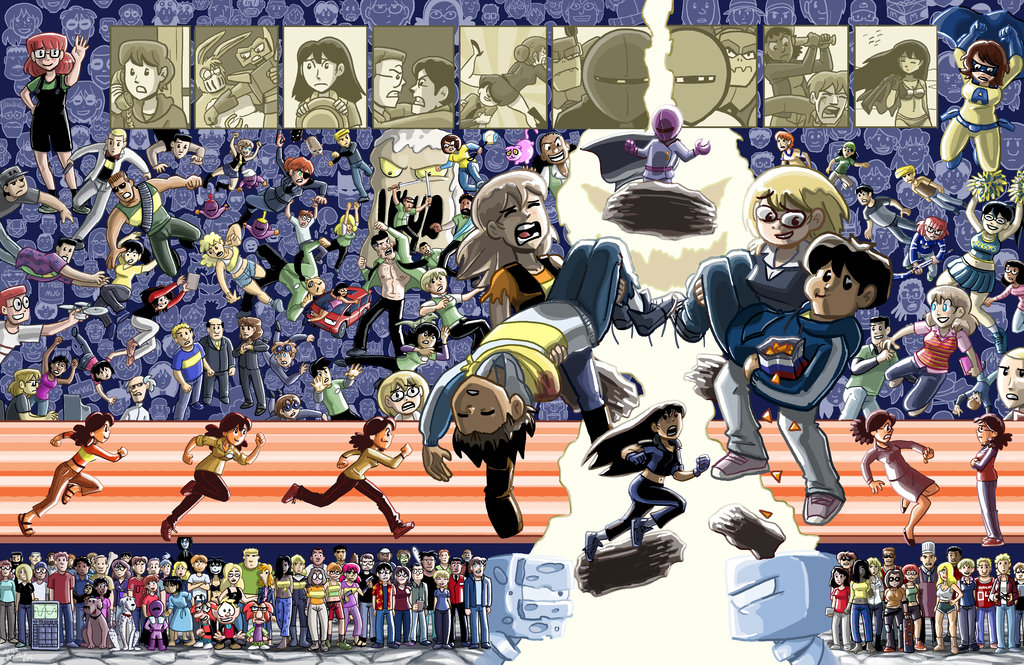 Retrieved from "https://walkypedia.fandom.com/wiki/David_Willis?oldid=9504"
Community content is available under CC-BY-SA unless otherwise noted.